Continuing our long term monitoring of breeding Sandwich Terns in Donegal, which began back in 1986 (before I was born), we returned to Inch Island Wildfowl Reserve in Donegal for two visits this summer.
The first visit took place on the 4th of June with a team of Ken Perry, James McDowell, Gary Platt and myself with Lee and Martin from the National Parks and Wildlife Service (NPWS). 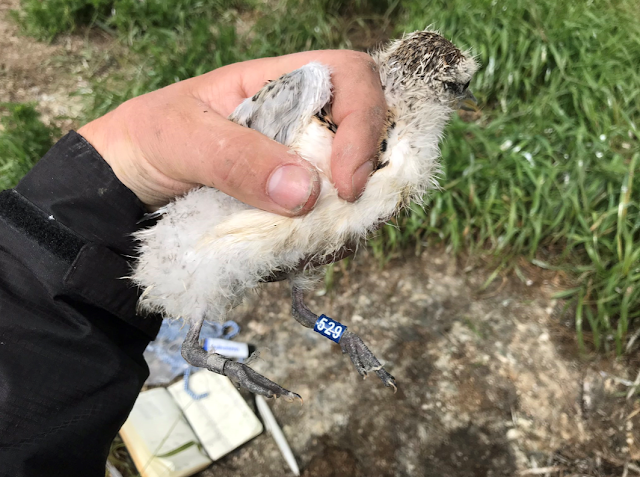 Our plan was to finally kick off our Sandwich Tern colour ringing programme after last years delay but being so early in the season we weren't too optimistic. We managed to metal ring 193 Sandwich Terns and also added colour rings to the eight largest chicks we could find. We limit ourselves to a maximum of one hour on the breeding islet to minimise disturbance so time is a very limiting factor. There were still plenty of very small chicks that we did not ring and also lots of eggs. 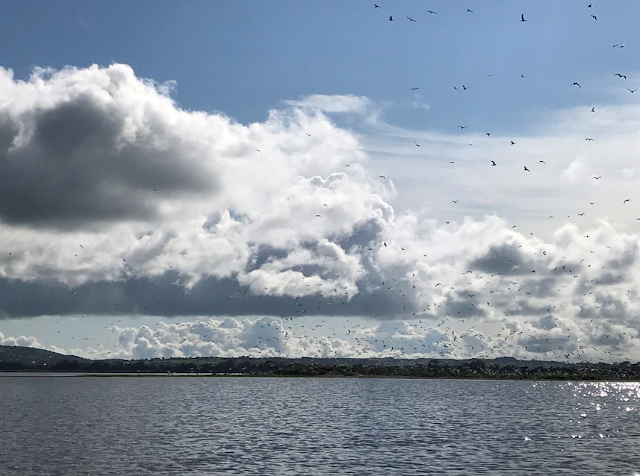 Gary Platt accompanied us on the trip and his main focus was on the breeding Black-headed Gulls. Gary runs colour ringing schemes on both Black-headed Gulls and Common Gulls in the north of Ireland and is one the most dedicated ring readers in Ireland. Gary managed to colour ring 28 new Black-headed Gull chicks. He also sighted two colour ringed Black-headed Gulls from 2017 but without his gear he was unable to read the rings - great to see them back though.
Gary is also using blue darvic rings with white ringing on this current cohort but a four digit code starting with the number 2 with three letters after. 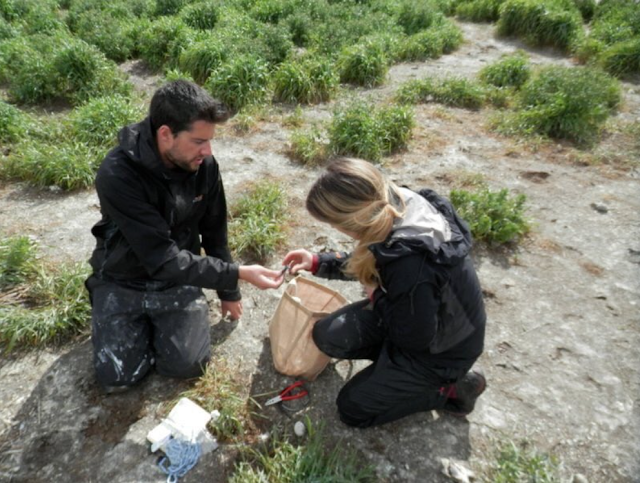 Katherine and I colour ringing a Sandwich Tern

The second visit took place on the 19th if June, this time Ken, Gary and I were joined by John Clarke, Katherine Booth Jones and Abbie Maiden as well as Lee, Martin & Ger from the NPWS.
The heavens opened up on our way out across the lagoon in the small boat but thankfully it just stopped as we arrived on the islet. The rain started again just as we were leaving, so we got very lucky indeed.
Ken, John and the ladies focused on metal ringing Sandwich Terns and added another 68, taking us to a year total of 257 for the year.
This is a decent total compared to visits in the past 10 years 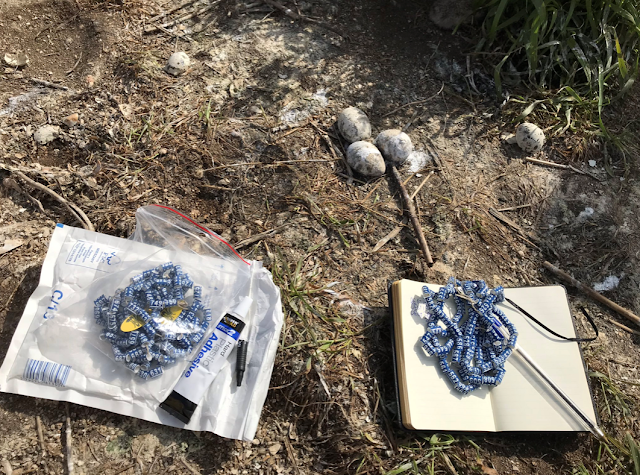 My focus was on colour ringing the largest Sandwich Tern chicks from the previous visit and I was able to add a further 22 chicks, giving us a total of 30 colour ringed Sandwich Terns - roll on the recoveries. We are particularly keen for recoveries in Ireland, as, if you check out the Tern & Gull tab above, we have more from 5/6 countries in Arica than we do in Ireland.
The Common Terns breed in much smaller numbers and are always a few weeks later so just 14 were ringed. A further 4 large Black-headed Gull chicks were metal ringed for training.
Gary was again focused on colour ringing Black-headed Gulls and discovered two of the marked birds from the 4th had perished so the colour rings were reused. 26 more chicks were colour ringed giving a total of 52. You can check out Gary's blog on the link below
http://birdingatantrimmarina.blogspot.com/ 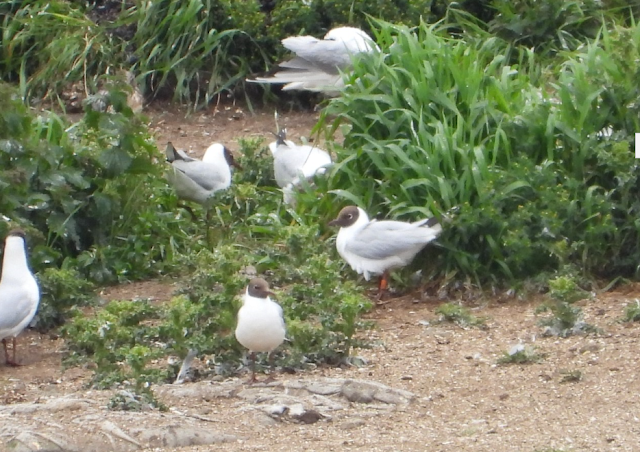 One of the returning birds from 2017 (Gary Platt)

We have identified some habitat works to be carried out on the islet post breeding season to boost the breeding population. Originally the islet was open shingle and sand but overtime the vegetation has increased. The Terns prefer to nest on the bare ground and are being forced off the high of the island towards the lower edges and a number of nests have been lost in the last few years to higher waters. This is often the reason the Common Terns do not do too well here.

A big thank you as always to the NPWS for making supplying the boat, rings and maintaining the breeding islet. 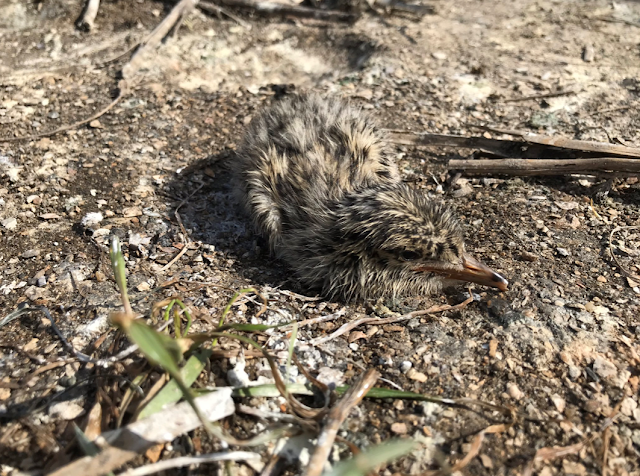 Posted by Richard Donaghey at 14:55